Lawyer Diaries is a new semi-regular feature on LSAT Blog where current and former lawyers will share their experiences. The first is from Kate McGuinness, a lawyer with a long and varied legal career who is now a full-time writer. 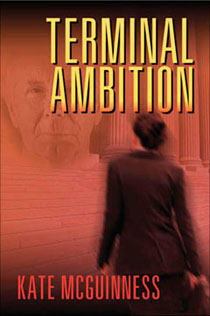 Like many woman of “a certain age” (let’s say baby boomer), I became a teacher out of undergrad. That was a predictable career path for smart women in 1970s.

Unlike most of my peers, I chose to teach in schools on U.S. military bases in locations where English was not the language of instruction. I opted for bases in Puerto Rico to escape the weather in the Northeast.

After four years, I moved to San Diego (still following the sun). However, I arrived during a recession and couldn’t find a teaching job. After all, the school district didn’t know the folks from Puerto Rico who’d given me glowing recommendations – as if they would know the sources if I’d worked in Arizona!

I was told that the best path to a teaching job would be to return to undergrad to practice teach (something I’d skipped in order to get out the door in three years) and take enough classes to get a permanent credential. Only eighteen months.

The investment of time seemed unwise given teachers’ salaries. (I’d like to say I loved teaching, and I did – just not dealing with parents and school administrators.) Going back to college wasn’t an option anyway, I needed to earn money.

Despite the passage of Title VII prohibiting discrimination on the basis of race or sex ten years before, gender played a large role in my job search.

A local employment agency advertised a number of openings, including one for a stockbroker trainee. In violation of Title VII, I was told they “didn’t hire women for that.” However, the agency mentioned it had a job I might be qualified for, but they had to see me first. Given the “viewing” would require a long bus ride, I pressed as to the nature of the job. Despite my questions, the agency refused to disclose the type of position.

If you’re guessing a stripper, you’re close. The job was being a receptionist for a group of plastic surgeons. Needing an income, I accepted. My job satisfaction evaporated when a patient asked me which of the doctors had “done [my] breasts.”

When I responded that my mother got credit for my figure, the patient was undeterred.

I began to research other career options. The pre-veterinary counselor at the local university advised against that profession because vet schools accepted very few women.

Law school became my default choice. The decision took some chutzpah given I’d grown up in a blue-collar family and never even met a lawyer. However, I’d been a speech arts major and had visions of myself as a female Perry Mason.

I took the LSAT at the last sitting to be considered for admission the following year. Many law schools had closed their window for accepting applications. Fortunately, I did well on the test. I was accepted at Columbia (no scholarship) and the University of San Diego (a full ride).

I enjoyed the intellectual challenge of law school and had a sterling first semester. My second semester grades were dross thanks to my then husband coming out of the closet. (Actually, he was arrested in the closet, but that’s a different story.) My father’s death had something to do with it, too.

Unfortunately, in determining the grade for year-long courses, my law school weighed first semester grades one-third and second semester grades two-thirds. Bad news. I came within a few hundredths of a point of losing my scholarship but eked through.

The next two years of law school were a blur of activities intended to compensate for my GPA. (I’m glad to report that I managed to eventually pull it up but was way out of the running for valedictorian.)

The best thing I did was accept a clerkship in the San Diego City Attorney’s Office after my second year. It was one of the most prestigious opportunities available for USD students at that time because very few law firms interviewed on campus. (The school’s standing has improved dramatically over time and was ranked # 65 in the most recent U.S. News & World Report survey.)

I spent half the summer in the criminal division of the City Attorney’s Office and prosecuted cases ranging from parking tickets to petty theft. It was a blast for a would-be trial attorney. The second half of the summer I paid my dues writing memos in the civil division. That experience paid off handsomely when one of the attorneys I worked for introduced (and recommended) me to a partner from a major international law firm with its home base in Los Angeles.

Because USD was unknown in those days, the firm’s employment committee required that I go through a half-day “try out” interview before it invested two days in the usual third year employment process.

I received an offer and went to work there after graduation. My dreams of being a litigator disappeared when I realized how l-o-n-g big dollar cases (about the only kind my firm handled) dragged on. I decided litigation was not for me.

Although I had no business background, I joined the corporations department. Relying on the advice of my mentor that I’d pick up business, finance, accounting and all the other related arcana, I dutifully read the Wall Street Journal front to back every day on my bus ride to work. It worked!

My practice ranged from leveraged buyouts to securities offerings to acquisitions to bankruptcies to investigations of corporate malfeasance. After seven years in the trenches, I was invited to join the partnership, becoming one of only a handful female partners among the firm’s equity owners who numbered more than a hundred.

After seventeen years at the firm, a Fortune 500 company recruited me to serve as its General Counsel. The position came with an office on the executive floor where I was the only female officer. Mercifully, the other women there filled me in on the ways of the company and told me where the bodies were buried. I left the company following a corporate restructuring.

After leaving the corporate world, I was determined to master writing and riding, pastimes that often led to confusion in the telling. My studies of creative writing proved to be more successful than my horseback adventures which included a broken leg! However, my love of horses remains.

Today I am a full-time writer advocating for women’s rights. My work has appeared in Jezebel, Women’s Media Center, Fem2pt0, Ms. JD, The Girl’s Guide to Law School and Role/Reboot. I tweet about these issues as @womnsrightswrtr. My website includes my blog as well as women’s rights resources and volunteer opportunities.

My legal suspense novel, Terminal Ambition, was published in March. The protagonist is a female partner at Big Law. She wants justice for the women in her firm. The Chairman wants to become Attorney General. Only one of them can win. Buy it at Amazon.com to find out which one it is.